This overview of the current state of cryptocurrency regulation across Africa has been collated and mapped because Africa is often ignored in global discussions of such topics, writes Ecobank digital analyst Jack Van Cooten.

The reality is that Africa is home to numerous technological innovations and shows great potential for developing cryptocurrencies.

On the whole, African governments and central banks are adopting a ‘wait and see’ approach when it comes to regulating cryptocurrencies. Many countries simultaneously acknowledge both the risks and the potential of cryptocurrencies, but rather than attempt to adopt the technology even in an experimental manner, the prevailing attitude is apprehension.

African countries appear to be looking to their neighbours to regulate and innovate first, and then learn from their mistakes, rather than be the first-mover themselves.

Of the countries that have made official statements on the subject, the majority have indicated that cryptocurrencies operate in a grey area between legality and illegality. Several African regulators have been prepared to grant cryptocurrencies a ‘no objection’ for their use, but they have not yet drafted regulation which covers their usage. The consensus from African central banks is that, although cryptocurrencies are generally not prohibited, Africans use them at their own risk and have been warned of the risks.

This map is taken from a forthcoming Ecobank Research report which includes statements from governments and central bank regulators on cryptocurrencies, as well as explanations for the scores given to each country. This map will be updated periodically, capturing new statements & initiatives by African governments and regulators. 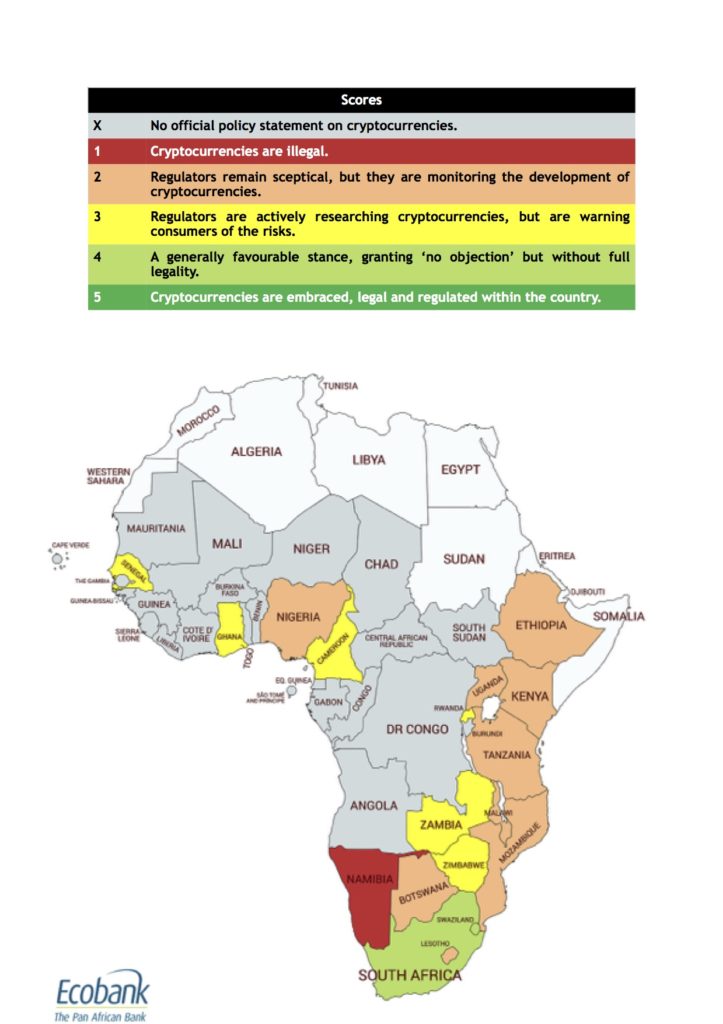 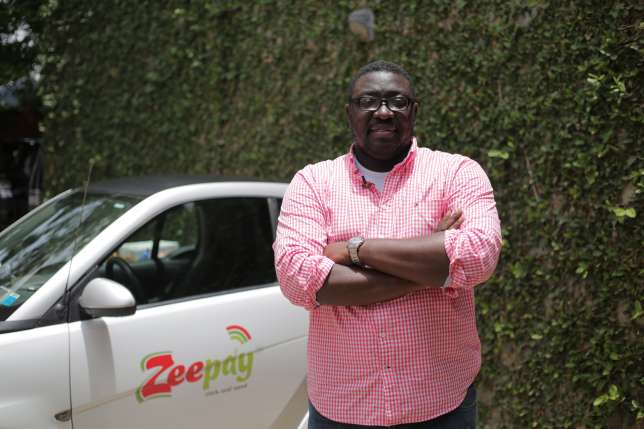